The SLP Residency begins with a basic question for our students: what are you worried about? What follows is a brainstorming session during which students identify issues of concern in their schools and neighborhoods.  The topics they raise, ranging from bullying to gun violence to climate change, vary with each group of students but one issue comes up almost every time: homelessness in New York City.

A relentless and increasingly visible crisis, NYC homelessness has continued to rise over the past decade. In June 2018, there were 61,421 homeless people, including 14,934 homeless families with 22,266 homeless children, sleeping each night in the New York City shelter system. This represents an 85% increase over the past decade.  It’s a national crisis but New York does stand out: students in New York State face homelessness at a higher rate than any other, with 5.5% of students experiencing homelessness during the 2016-2017 school year.

When SLP students decide to tackle this issue, they spend several weeks considering systemic solutions to help prevent homelessness- but they are always eager to provide direct relief as well.  At the end of SLP’s fall session, for example, freshman from Fort Hamilton High School in Bay Ridge took a break from their letter writing campaign and petition drive to provide immediate and direct relief to the men, women, and children served by the incredible Bowery Mission: 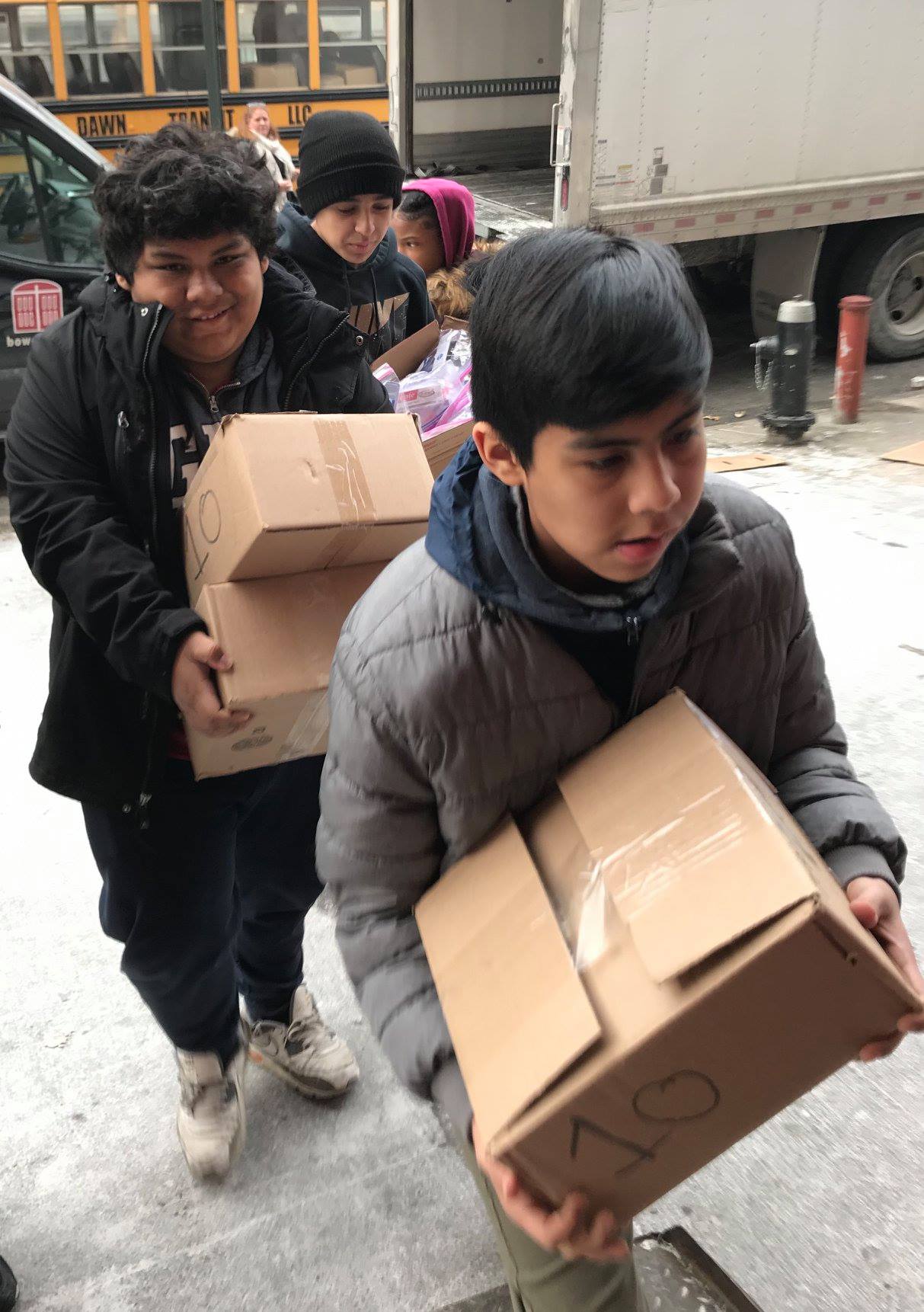 On a brutally cold February morning, these young advocates traveled to the Lower East Side to deliver 270 care packages (containing toiletries and snacks) and several boxes of warm clothing.  They were met by the amazing James Macklin, who briefly experienced homelessness a few decades ago and has worked at the Bowery Mission ever since. After sharing his personal story, James told the students: “What you are doing today, helping people, I wish I had learned to do when I was younger.”  During a tour of the building, the students stopped in a large room with more than 100 homeless adults sitting together trying to escape the dangerous temperatures.  Before saying goodbye to the students, Mr. Macklin told them “You’re playing the part of the angels today.”

Then they headed outside to deliver blankets and personal notes to men and women living on NYC streets: 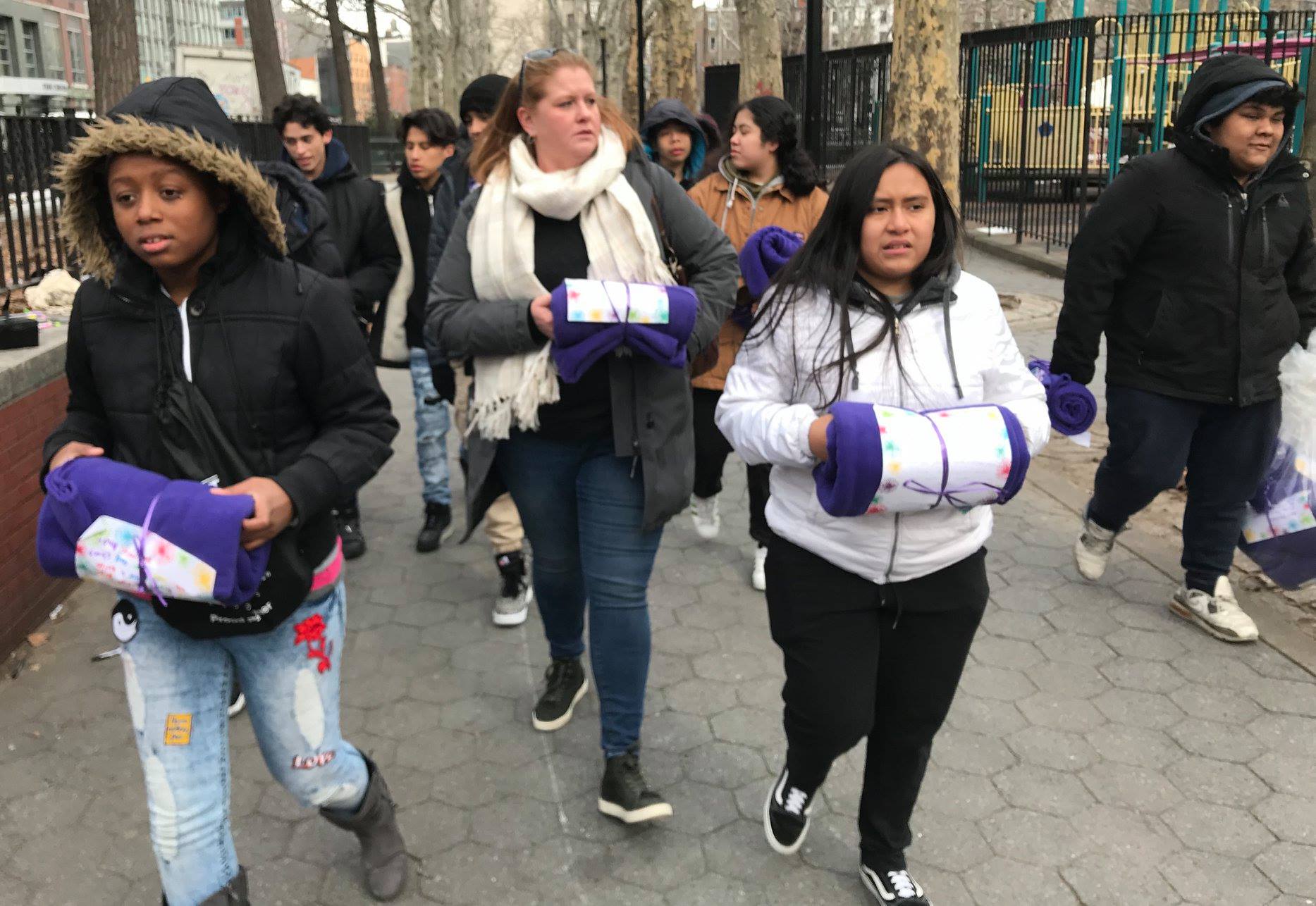 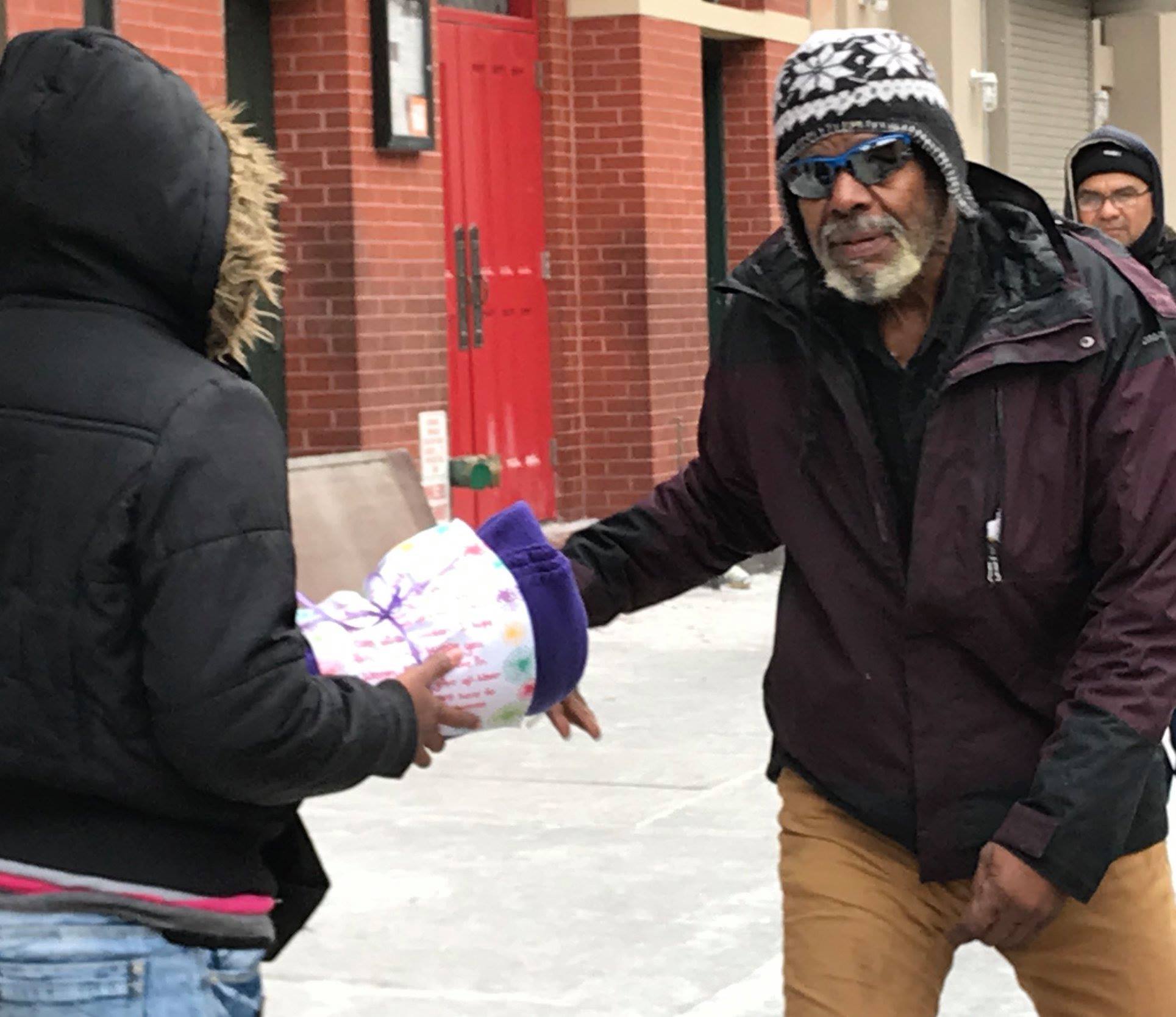