Never Too Young to Be a Leader 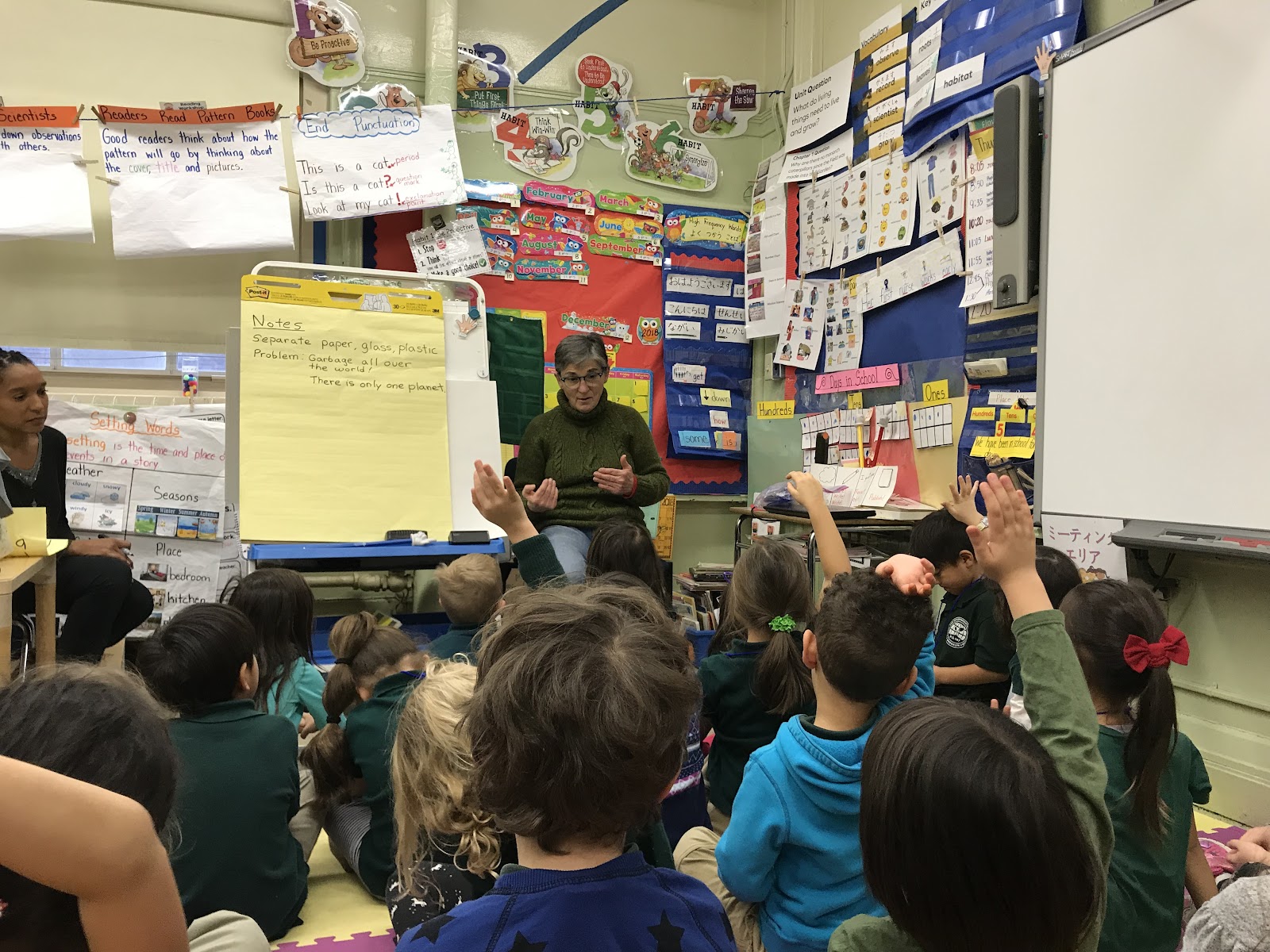 This fall, all three kindergarten classes at PS 147 in Williamsburg participated in SLP’s Residency Program. These incredible 5 year olds are the best illustration of our founding belief: if given the opportunity, youth of any age can use their voices to help solve problems in their schools and neighborhoods.

So how does the SLP model – which emphasizes research to develop expertise – work with students who have not yet learned to read or write?

Issue Selection: From the beginning, the students were super excited to brainstorm problems in their school. Working closely with SLP Faculty, they identified littering in common areas (including the auditorium and cafeteria) and improper recycling. They also had many ideas about things that needed to be fixed both in their classroom (their classroom sink was broken!) and throughout the school (the plant boxes in the courtyard were broken!). They were concerned about these problems and eager to be part of the solution.

Research Phase: They began their research with lots of great questions like: why is recycling so important? Where does all our trash and recycling go? Why do people litter? And who is responsible for fixing problems in our school? They met with guest speakers including Ana Martinez, Director and co-founder of Sure We Can, a neighborhood recycling center, and Mr. Ramos, the school’s head custodian. Ms. Martinez (pictured above) taught the students about the devastation caused by allowing trash to pile up in landfills, and the dire need for us all to recycle properly to protect both the natural environment and our physical health. Mr. Ramos described how trash is handled at PS 147 and explained that recycling was underway in some but not all classrooms. The students were thrilled when he agreed to their request to deliver more paper recycling bins to the classrooms: they were already having an impact!  They also “mapped” the school and observed that in addition to littering, some community members were not following the recycling systems that were in place. They also had many conversations about the qualities of an effective leader, some inspired by classic children’s books like The Little Red Hen.

Action Plan & Execution: Now that they had identified problems, how could they help fix them? And how could they encourage students in older grades to also become stewards of the school?  They identified the adults responsible for fixing different problems – like the custodian, the Assistant Principal, and the school librarian. They wrote letters asking these “fixers” for help, and invited them to their classroom to discuss the problems they had observed. They invited older students to some of these discussions, to model school stewardship for them. They were learning the avenues of positive change.

“SLP challenges even the youngest students to look at their immediate environment with a critical eye and observe when problems have arisen, for example a broken sink or peeling paint,” said SLP Faculty member, Anita Bushell. “With support from teachers and adults, they learn how to, first, translate their passion about these issues into solutions, and, then, how to inspire people to change their behavior.”

And that’s just what happened. By the end of the session, these young advocates had come up with several important solutions for improving their school and even promoting recycling at home:

“The kindergarten students finished the session more confidant about their ability to make positive change, and determined to keep doing it,” said Anita, “They want to help make their communities better!”

We are so inspired by PS 147’s youngest students- and know they will continue to be leaders both in and outside of school.