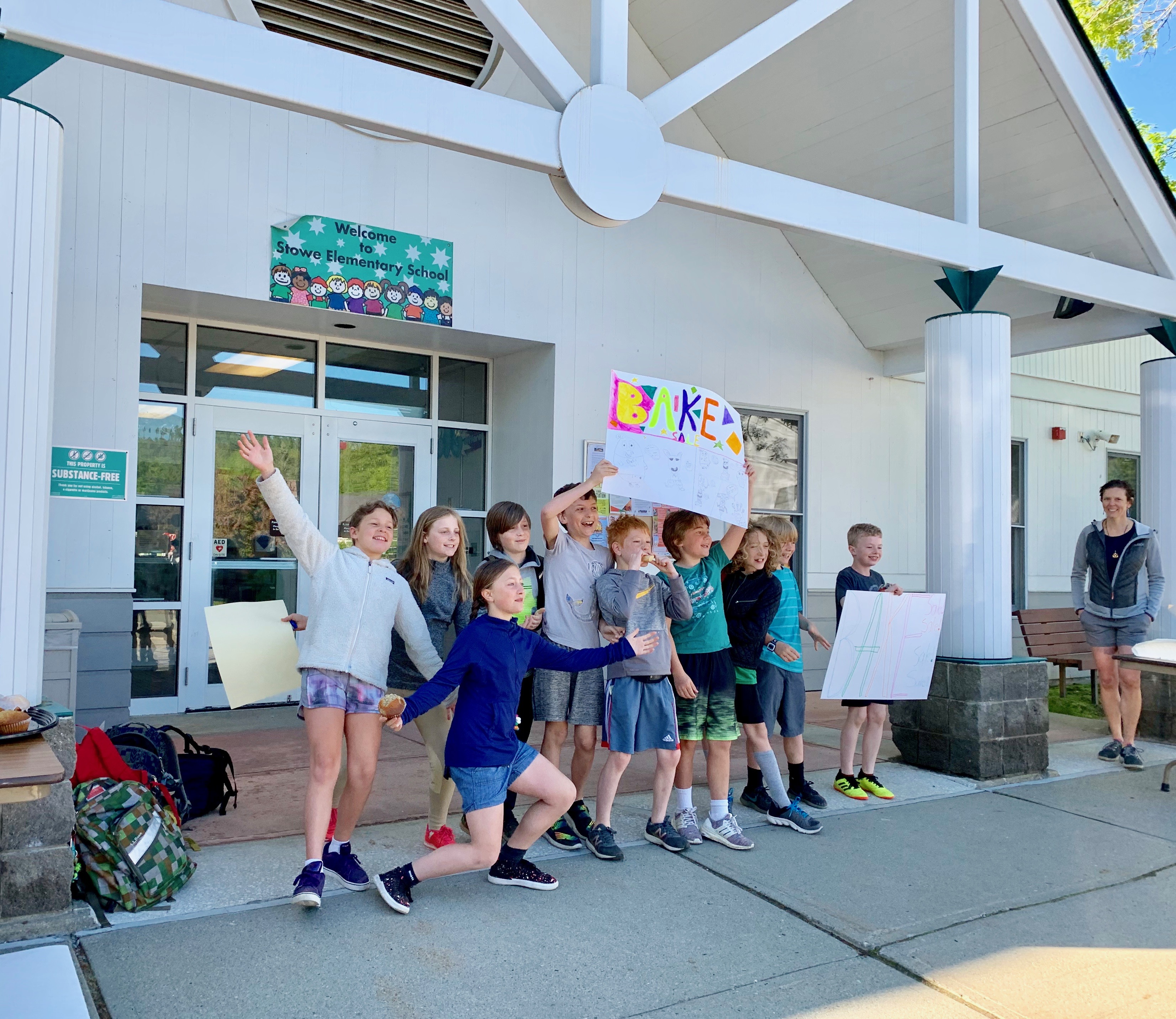 We’ve always known – and many years of inspiring SLP projects have confirmed – that Brooklyn youth have a unique and powerful perspective on how to create positive change in their schools and neighborhoods. This year, when an opportunity arose to work with youth attending school in a very different environment – rural Vermont! – we were eager to see how their experience would compare.

During our spring Residency, SLP Faculty member Allie Cashel worked with two 4th grade classes at Stowe Elementary School, a K-5th grade school serving about 400 students living in and near the village of Stowe.

So we are now able to answer the question we posed earlier this year: what are 9 years old in Vermont concerned about? 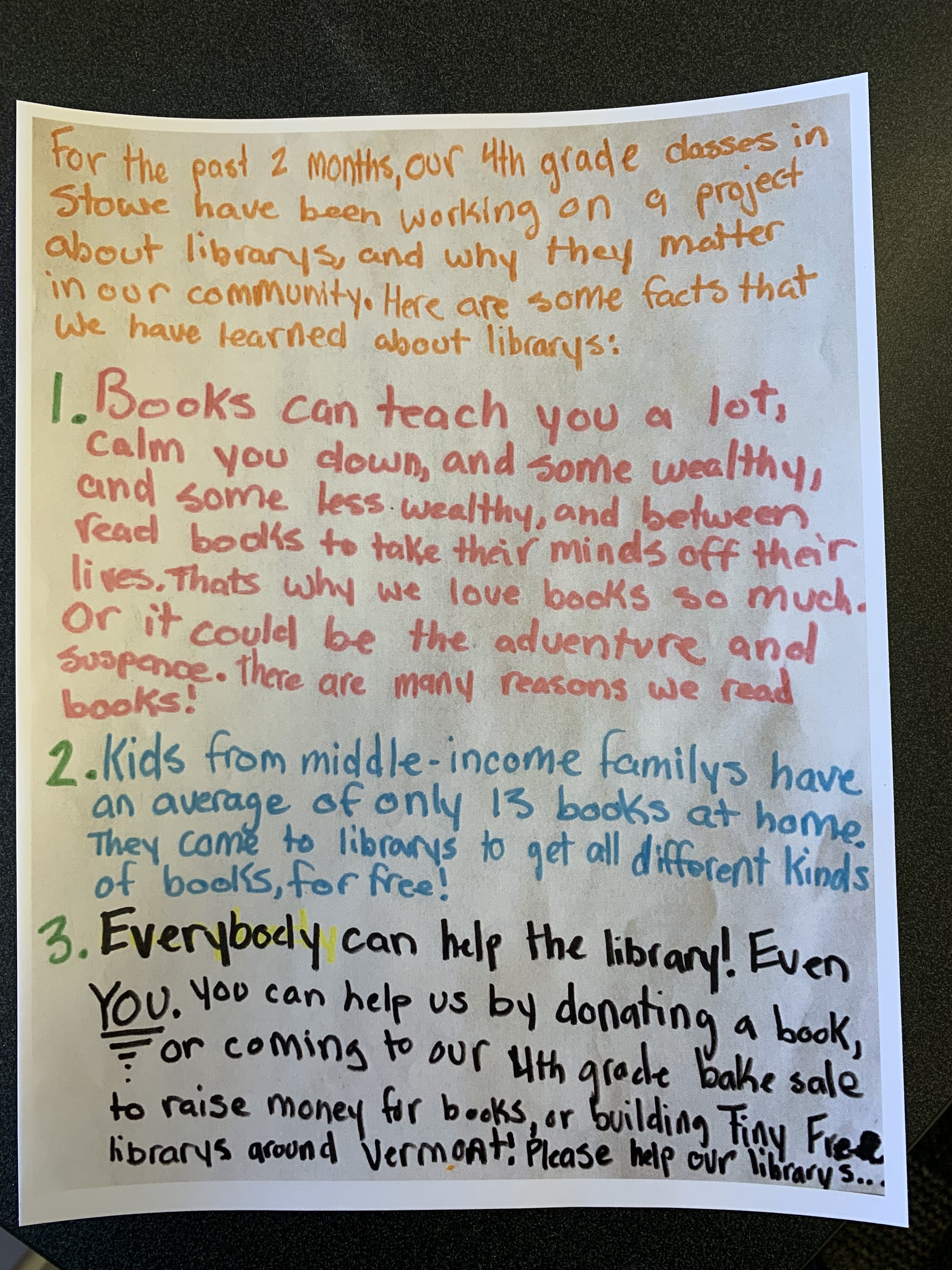 Following a devastating flood at their local library, the first class was very worried that they would no longer have a public library in their community. Early in the Research Phase, they discovered that, although the Stowe Free Library was in fact set to reopen, there were many communities around the state that did not have access to a library – or the many vital services that libraries provide such as internet access, reading groups, community gathering spaces, and educational enrichment activities.

During an interview with a Program Director from the Children’s Literacy Foundation, the students learned that public libraries are the main source of books, critical to the development of literacy, for many children. As an early action step, they created a poster campaign for National Library Day, to raise awareness in their school about how libraries contribute to strong communities – especially in rural states like Vermont. 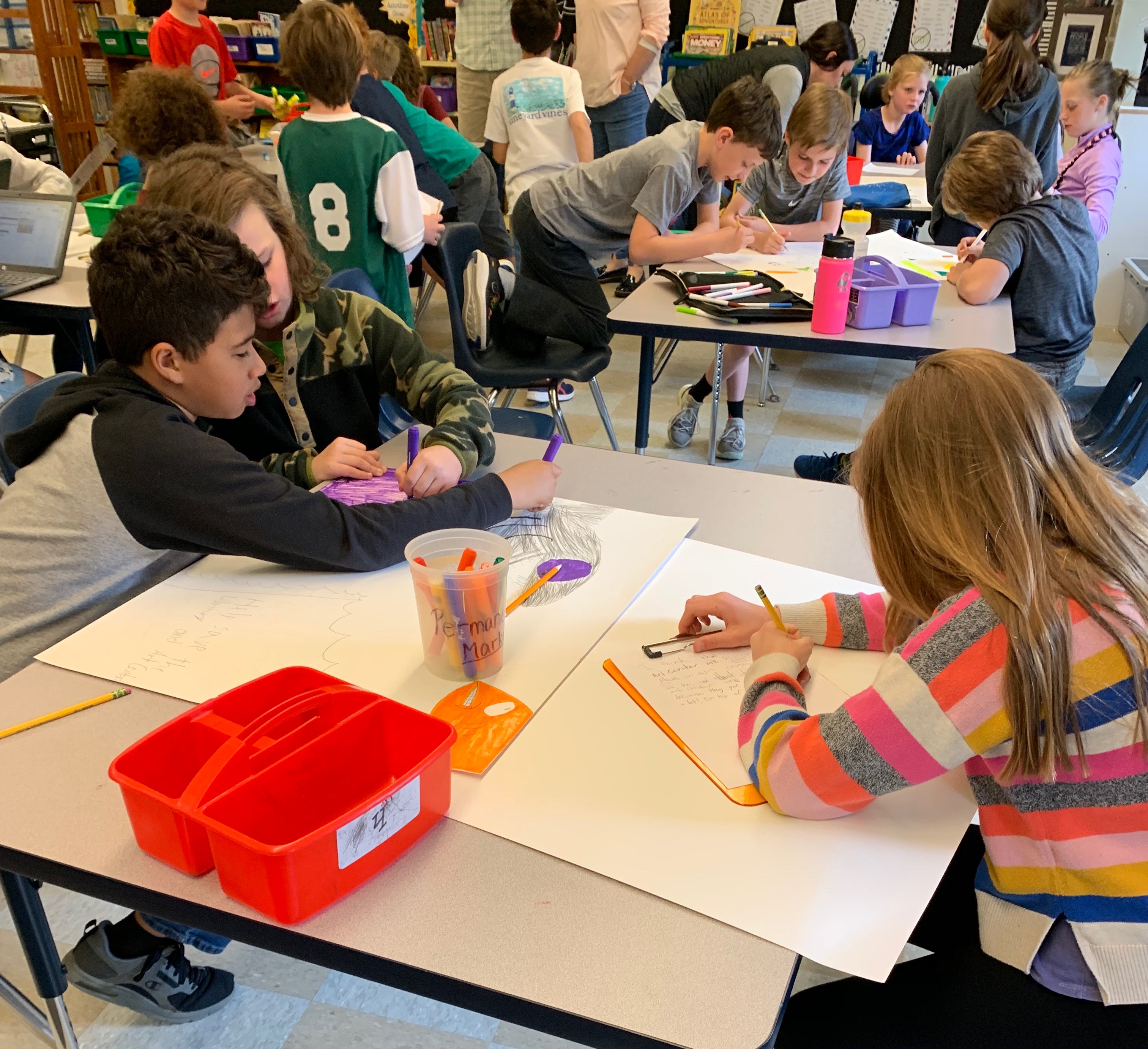 The second group chose to tackle homelessness, an issue often selected by SLP groups in Brooklyn. Although the homelessness rate may be less staggering compared to New York City, the situation is still dire. During their research, the students learned that Vermont has the highest rate of homelessness in New England and far fewer homeless resources and services compared to more urban locations.

After interviewing Jacquie Mauer, director of the local adult shelter, as well as collecting data about the homeless population in Lamoille County, the students were alarmed to identify a specific need not being met.  Despite the fact that, every day, more than 25 families in their county do not have a stable home, there is currently no family shelter.

They decided to focus their efforts on advocating for a family shelter in Lamoille County.  To show widespread community support for a shelter, they organized a petition drive, collecting more than 175 signatures.  Armed with these results and their research about the critical need for family shelters, they created an impassioned advocacy presentation for Will Eberle, AHS Field Director for Washington County and Lamoille Valley. Mr. Eberle shared their advocacy work with the Commissioner of Health and Family Services for the State of Vermont, who responded with a letter detailing how she would take their work and plea into consideration moving forward.

We are inspired by the amazing work of these young advocates and look forward to expanding our school and community partnerships beginning in the fall of 2019. Thank you to everyone who made this pilot possible!

Read more about the students work, and hear a bit from them, in this recent article published by the Stowe Reporter about their work and impact!