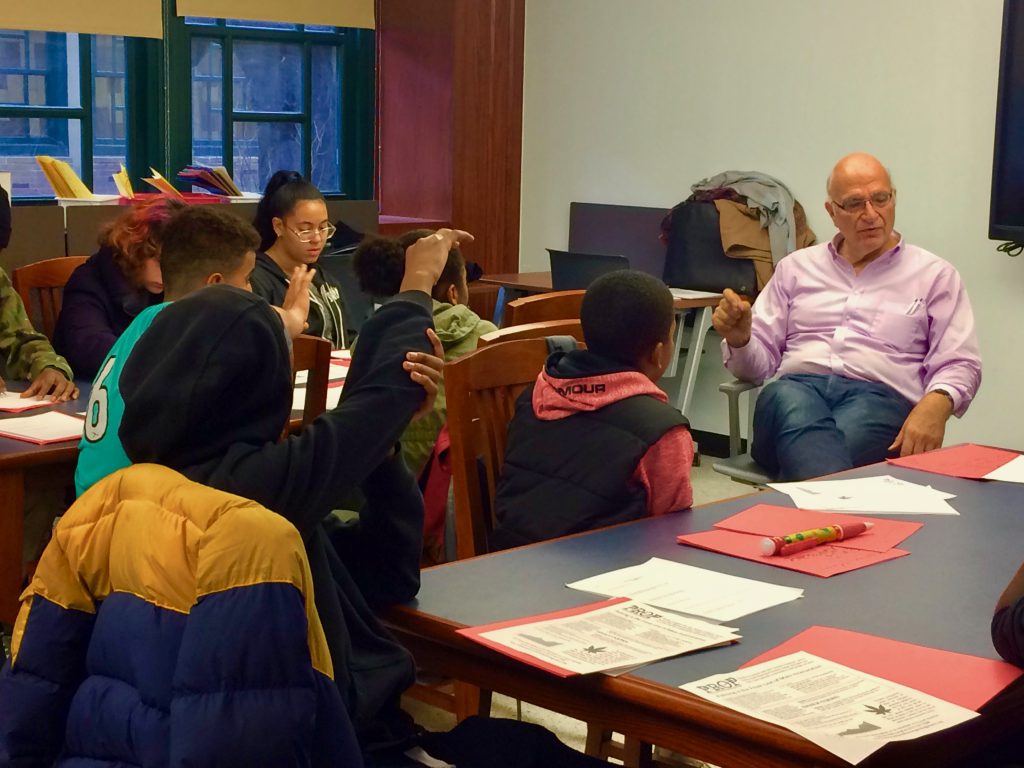 When eighth graders at Boerum Hill School for International Studies (BHS) gathered for their first SLP session, the tragic massacre in Las Vegas was fresh in their minds. During their issue brainstorming session, gun violence and terrorism were early suggested topics. After a student pointed out, however, that the news media had yet to label the gunman as a terrorist because, the student conjectured, he was white, the conversation veered into racial profiling, both by the media and the police. In the end, racial profiling, as well as police brutality, both of which have also led to senseless gun violence, were the issues these young advocates became determined to help solve.

Throughout their session, the students expressed doubt that a fourteen-year-old could actually have an impact on such a persistent and systemic problem. During the Research phase, as the students studied broken windows policing, allegations of excessive force and other police misconduct, and failed “solutions,” they felt overwhelmed, at times even hopeless. Ultimately, however, they agreed that doing nothing felt worse.

After considering the pros and cons of many different approaches- from body cameras to anti-bias training to requiring a four-year college degree before entering the police academy – they settled on a critical issue that often gets less attention.

Following the death of a mentally ill man in August 2017, City Councilmember Jumaane Williams called for an independent task force to investigate this tragic issue. The SLP students at BHS collected signatures for a petition to support this independent task force, and wrote letters to Mayor Bill de Blasio and their local City Councilmember, Stephen Levin, to accompany their petition. 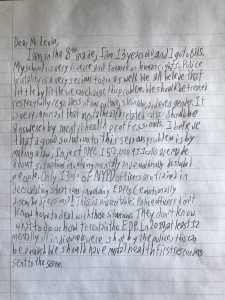 A student letter to Councilmember Levin.

To find out who represents you in the New York City Council, and urge them to support an independent task force, enter your address and borough after the jump.